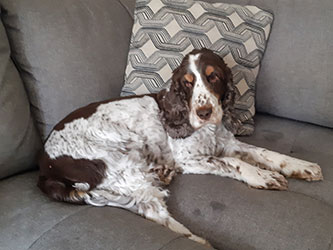 In April 2011 we came to CAESSR kennels to look at Barney who was then only 11 months old and brought him home.

Barney soon became an important part of our family even though sometimes he could be stubborn but always made us laugh.

He helped me through my brain injury by being my constant companion.

Unfortunately he was diagnosed with Cushings Disease last year which we had got under control with medication until February this year when we saw a big change in him, after months of vets visits and more medication and tests, cancer had developed which could have been there a while but Cushings can hide it.

On Sunday 28th April we had to say our final goodbye a decision we found ripped our hearts out, but to see him out of pain helped.

Thank you Caessr for our beautiful boy, and continue to make other people as happy as we were with Barney. 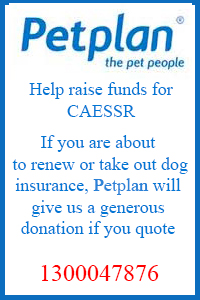